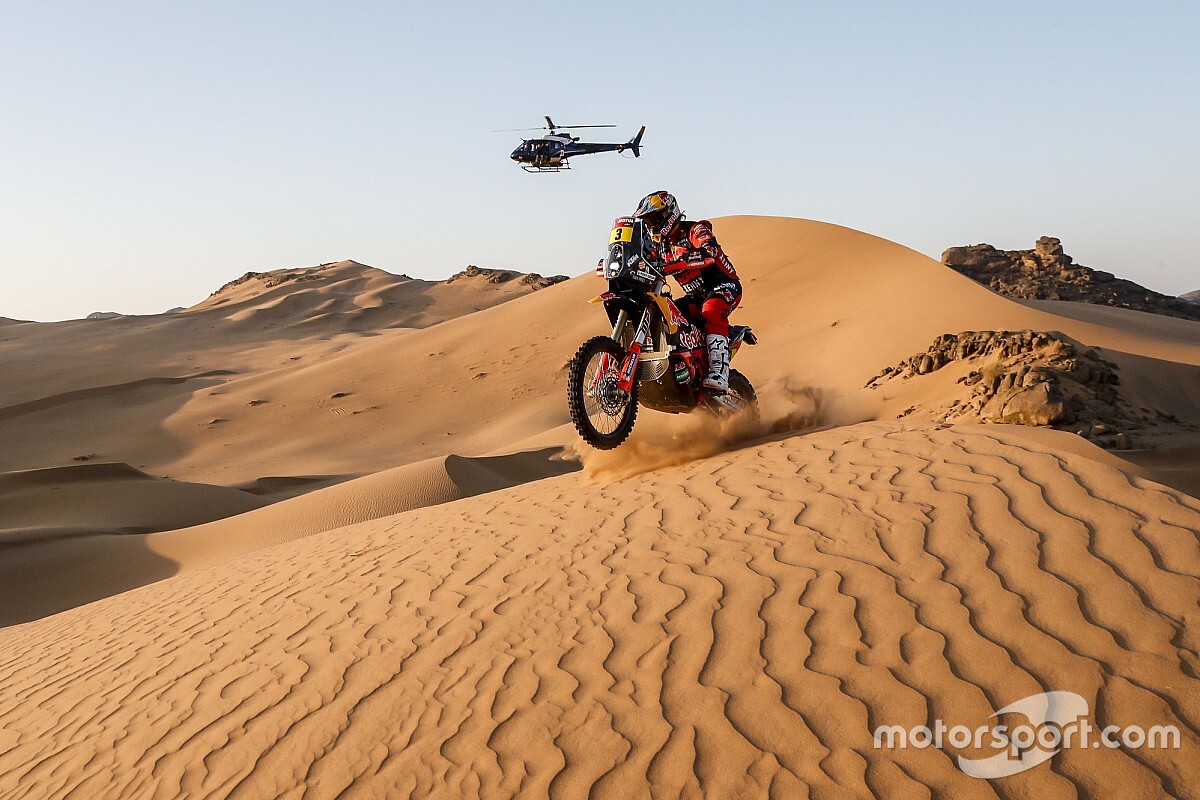 After struggling on Monday’s second stage, KTM rider Price was locked in battle with Honda’s Kevin Benavides throughout Tuesday’s 403km loop around Wadi Ad-Dawasir.
The day’s running followed the pattern seen in both of the opening two stages, as those riders opening the road lost chunks of time early on, while those lower down the running order – namely Price, Benavides and Matthias Walkner – …Keep reading